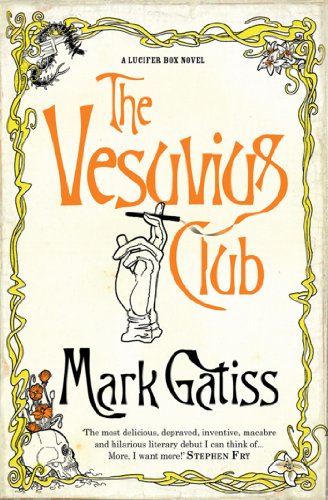 Lucifer Box is the darling of the Edwardian belle monde - society's most fashionable portrait painter is a wit, a dandy, a rake, the guest all hostesses (and not a few hosts) must have.
But few know that Lucifer Box is also His Majesty's most accomplished and daring secret agent. Beneath London's façade of Imperial grandeur and divine aesthetes seethes an underworld of crazed anarchists, murder, and despicable vice, and Box is at home in both.
And so of course when Britain's most prominent scientists begin turning up dead, there is only one man his country can turn to.
Lucifer Box ruthlessly deduces and seduces his way from his elegant townhouse at Number 9 Downing Street (all his father left him), to private stews of London and the seediest, most colourful back alleys of Italy, in search of the mighty secret society that may hold the fate of the world in its claw-like hands - the Vesuvius Club.