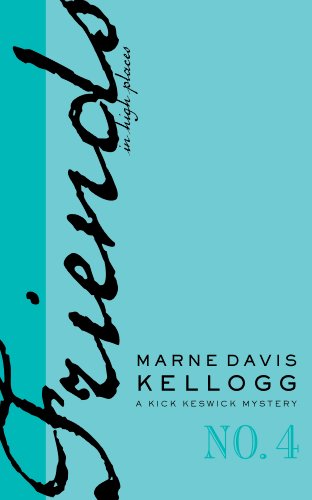 Kick Keswick, once a jewel thief living an exciting double life, has now retired in simple luxury to the south of France. But when an old enemy resurfaces— threatening to expose countless fake jewels she'd carefully substituted over years of secret theft—Kick is ready to act.

Back in London, Kick finds herself with more employment than she bargained on at a company whose status is much more precarious than she'd thought. Her enemy, in disguise, circles ever closer. And a young nun comes to Kick with a mysterious jewel-encrusted figurine and a story of greed and murder.

To balance on this high wire, Kick must sneak into a high-society wedding in the Italian Alps, break into an ancient castle owned by a very modern murderer, and do it all with her customary panache, style, and grace. Can she keep one step ahead of the most seductively ruthless foe she's ever encountered?

"Readers who agree that upper-crust manners and mannerisms are more important than honesty, integrity or abiding by the law will be most satisfied."

Kick Keswick and her adventures are:

"As delightful as a chocolate souffle."

About the Author: Marne Davis Kellogg is the international, best-selling author of 11 mysteries, including the highly popular series of capers featuring Kick Keswick, the world’s greatest jewel thief. In addition to her writing life, she is Executive Vice President of The Kellogg Organization, Inc. Marne and her husband, Peter, live in Denver and on their Colorado ranch in the summertime where she cooks the decadent meals found in her books. Marne and Peter visit England, France and Italy at least once a year where they research Kick and Thomas's environs to make certain they're as accurately portrayed as possible.