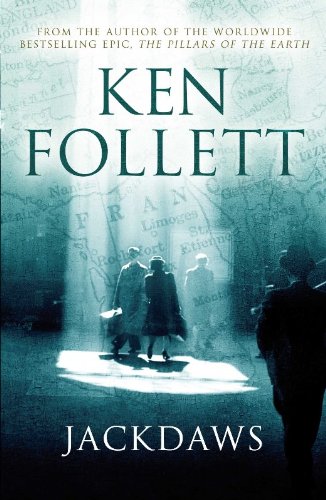 Two weeks before D-Day, the French Resistance attacks a chateau containing a telephone exchange vital to German communications – but the building is heavily guarded and the attack fails disastrously. Flick Clairet, a young British secret agent, proposes a daring new plan: she will parachute into France with an all-woman team known as the ‘Jackdaws’ and they will penetrate the chateau in disguise. But, unknown to Flick, Rommel has assigned a brilliant, ruthless Intelligence colonel, Dieter Franck, to crush the Resistance. And Dieter is on Flick’s trail... From the master storyteller and best-selling author of Eye of the Needle and Code to Zero comes the new thriller, set against the menacing backdrop of the Second World War and crackling with suspense and action. Jackdaws is an irresistible novel of the Resistance and of love, courage and revenge.