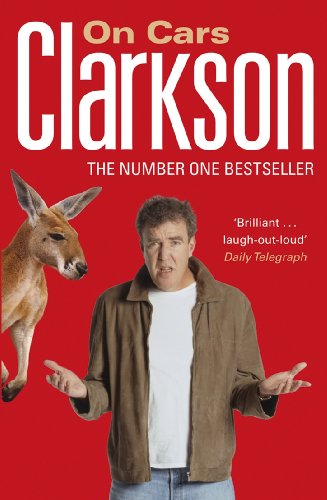 Jeremy Clarkson gets under the bonnet in Clarkson on Cars; a collection of his motoring journalism.

Jeremy Clarkson has been driving cars, writing about them and occasionally voicing his opinions on the BBC's Top Gear for twenty years.

No one in the business is taller.

In this collection of classic Clarkson, stretching back to the mid-1980s, he's pulled together the car columns and stories with which he made his name. As coal mines closed and house prices exploded to a soundtrack of men in make-up playing synthesizers, Jeremy was already waxing lyrical on topics as useful and diverse as:

• The perils of bicycle ownership

• Why soon only geriatrics will be driving BMWs

• The difficultly of deciding on the best car for your wedding

• Why Jesus's dad would have owned a Nissan Bluebird

• And why it is that bus lanes cause traffic jams

Irreverent, damn funny and offensive to almost everyone, this is writing with its foot to the floor, the brake lines cut and the speed limit smashed to smithereens. Sit back and enjoy the ride.

'Outrageously funny . . . will have you in stitches' Time Out

Number-one bestseller Jeremy Clarkson writes on cars, current affairs and anything else that annoys him in his sharp and funny collections. Born To Be Riled, Clarkson On Cars, Don't Stop Me Now, Driven To Distraction, Round the Bend, Motorworld and I Know You Got Soul are also available as Penguin paperbacks; the Penguin App iClarkson: The Book of Cars can be downloaded on the App Store.

Jeremy Clarkson because his writing career on the Rotherham Advertiser. Since then he has written for the Sun and the Sunday Times. Today he is the tallest person working in British television, and is the presenter of the hugely popular Top Gear.