Showing A Room with a View by E. M. Forster 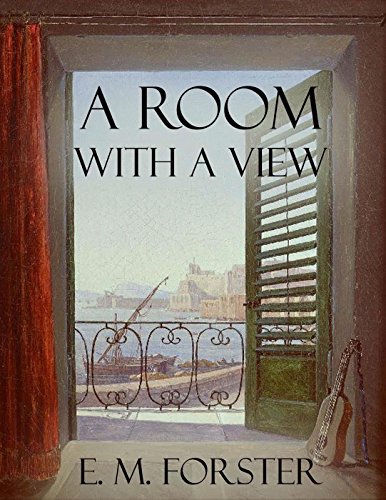 A Room with a View is a 1908 novel by English writer Edward Morgan Forster, about a young woman in the repressed culture of Edwardian era England. Set in Italy and England, the story is both a romance and a critique of English society at the beginning of the 20th century. Merchant-Ivory produced an award-winning film adaptation in 1985.

In 1998, the Modern Library ranked A Room with a View 79th on its list of the 100 best English-language novels of the 20th century.

The first part of the novel is set in Florence, Italy, and describes a young English woman's confusion at the Pensione Bertolini over her feelings for an Englishman staying at the same hotel. Lucy Honeychurch is touring Italy with her overbearing older cousin and chaperone, Charlotte Bartlett, and the novel opens with their complaints about the hotel, "The Pension Bertolini." Their primary concern is that although rooms with a view of the River Arno have been promised for each of them, their rooms instead look over a courtyard.