Showing A Diary From Dixie by Mary Boykin Chesnut 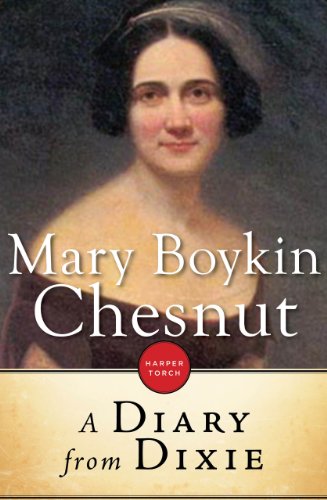 A Diary from Dixie is the Civil War diary of Mary Boykin Chesnut, society matron and wife of United States senator and Confederate general, James Chesnut, Jr. As an active participant in her husband’s career, accompanying him to postings in Montgomery, Richmond, Charleston, and Columbia, Chesnut became an eyewitness to many important events of the war, and, despite being a member of the privileged class, managed to convey the Confederacy’s struggle from different points of view.

A Diary from Dixie is considered by many to be the most important work produced by a Confederate author. Filmmaker Ken Burns made extensive use of Chesnut’s diary in his documentary series The Civil War, and an annotated version of it, published by the historian C. Vann Woodward as Mary Chesnut’s Civil War, won the Pulitzer Prize for History in 1982.

HarperTorch brings great works of non-fiction and the dramatic arts to life in digital format, upholding the highest standards in ebook production and celebrating reading in all its forms. Look for more titles in the HarperTorch collection to build your digital library.