Showing The Unintended: The Watcher Series: Book One by Robin Woods 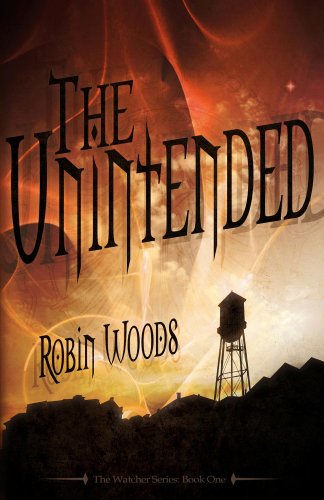 “I tried to push him back, but he was too strong, like iron. Suddenly his head snapped up like he heard something; he craned his neck to listen and then he let out a hiss. He kissed next to my ear and softly whispered, “I think breaking you will be much more fun. I’ll see you soon.” And then he added, as if an afterthought, “Tell him hello for me.” Then I felt his mouth lock onto the base of my neck and something pierce my flesh. It hurt. Despite my panic, after a few moments, my heart slowed, and everything became distorted as the blackness came for me.”

After breaking up with her boyfriend, seventeen-year old Aleria “Ali” Hayes finally feels liberated. Unfortunately, her ex’s buddies are not making it easy on her. When his friends harass her one night, a mysterious stranger, Bowen, steps in to rescue her. But just as this new relationship seems to be taking off, Ali is attacked by something far worse than spiteful high school boys. When she awakes, her eyes are opened to a world where gods still walk the earth, where vampires and other immortals fight for supremacy— and where fate may be stronger than free will. Now, Ali must decide who she can trust, and whether the world of mortals is worth saving at all.