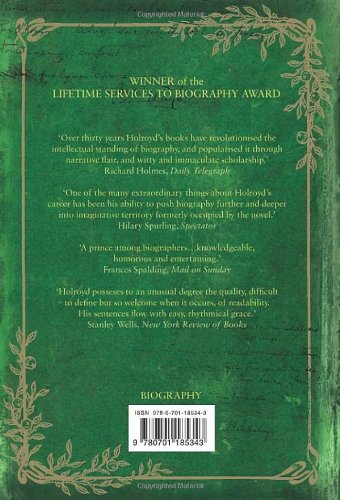 On a hill above the Italian village of Ravello stands the Villa Cimbrone - a place of fantasy and make-believe. The characters that move through Michael Holroyd's new book are destined never to meet - they lived through different eras and reside in different countries. Yet the Villa Cimbrone unites them all. A Book of Secrets is a treasure-trove of hidden lives, uncelebrated achievements and family mysteries. Michael Holroyd peers into dusty corners to bring a company of unknown women into the light. Their lives are fluid and vulnerable - they play the role of mistress, fiancée, or muse - and always somehow illegitimate. From Alice Keppel, the mistress of both the second Lord Grimthorpe (owner of the Villa Cimbrone) and the Prince of Wales; Eve Fairfax, Lord Grimthorpe's abandoned fiancée and sometime muse of Auguste Rodin; and finally, to the novelist Violet Trefusis, the lover of Vita Sackville-West in one of the most scandalous love affairs of the early twentieth-century: these women are always on the periphery of the respectable world. Also on the periphery is the elusive biographer, Michael Holroyd, who turns the spotlight upon himself as part of his investigations into the art of biography. Taking the reader on a journey of discovery from Ravello to Paris, from Kirkstall Grange in Yorkshire to Vita Sackville-West's home at Knole, A Book of Secrets lucidly gives voice to fragile human connections.