Showing A Terrible Splendor: Three Extraordinary Men, a World Poised for War, and the Greatest Tennis Match Ever Played by Marshall Jon Fisher 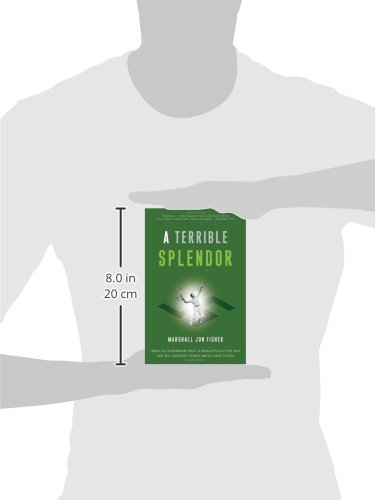 Before Federer versus Nadal, before Borg versus McEnroe, the greatest tennis match ever played pitted the dominant Don Budge against the seductively handsome Baron Gottfried von Cramm. This deciding 1937 Davis Cup match, played on the hallowed grounds of Wimbledon, was a battle of titans: the world's number one tennis player against the number two; America against Germany; democracy against fascism. For five superhuman sets, the duo's brilliant shotmaking kept the Centre Court crowd-and the world-spellbound. But the match's significance extended well beyond the immaculate grass courts of Wimbledon. Against the backdrop of the Great Depression and the brink of World War II, one man played for the pride of his country while the other played for his life. Budge, the humble hard-working American who would soon become the first man to win all four Grand Slam titles in the same year, vied to keep the Davis Cup out of the hands of the Nazi regime. On the other side of the net, the immensely popular and elegant von Cramm fought Budge point for point knowing that a loss might precipitate his descent into the living hell being constructed behind barbed wire back home. Born into an aristocratic family, von Cramm was admired for his devastating good looks as well as his unparalleled sportsmanship. But he harbored a dark secret, one that put him under increasing Gestapo surveillance. And his situation was made even more perilous by his refusal to join the Nazi Party or defend Hitler. Desperately relying on his athletic achievements and the global spotlight to keep him out of the Gestapo's clutches, his strategy was to keep traveling and keep winning. A Davis Cup victory would make him the toast of Germany. A loss might be catastrophic. Watching the mesmerizingly intense match from the stands was von Cramm's mentor and all-time tennis superstar Bill Tilden-a consummate showman whose double life would run in ironic counterpoint to that of his German pupil. Set at a time when sport