Showing The Very Thought of You by Rosie Alison 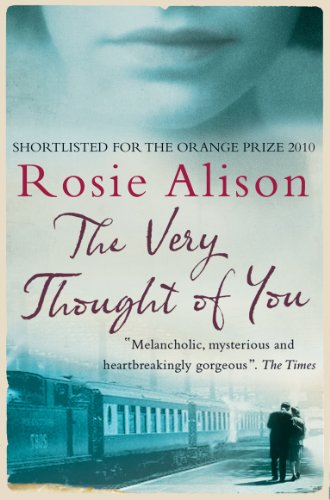 Shortlisted for the Orange Prize for Fiction 2010. A haunting coming-of-age novel with a love story at its heart, for anyone who has ever loved L.P. Hartley's The Go-Between. England, 31st August 1939: the world is on the brink of war. As Hitler prepares to invade Poland, thousands of children are evacuated from London to escape the impending Blitz. Torn from her mother, eight-year-old Anna Sands is relocated with other children to a large Yorkshire estate which has been opened up to evacuees by Thomas and Elizabeth Ashton, an enigmatic childless couple. Soon Anna gets drawn into their unravelling relationship, seeing things that are not meant for her eyes and finding herself part-witness and part-accomplice to a love affair, with unforeseen consequences. A story of longing, loss and complicated loyalties, combining a sweeping narrative with subtle psychological observation, The Very Thought of You is not just a love story but a story about love.