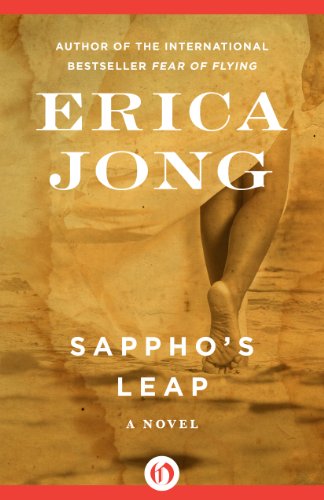 Erica Jong, the acclaimed author of Fear of Flying, transports the reader more than twenty-six hundred years back to a time of myths, gods, and monsters, bringing glorious life to the renowned, seductive poet Sappho
As she stands poised at the edge of a precipice in the shadow of the sanctuary of Apollo, the greatest love poet who ever was or ever will be recalls the eventful fifty years that have led her to this moment. It was love that seduced her, at age sixteen, into an ill-fated plot with the poet Alcaeus to depose the despot of the island of Lesbos. It was love that made her trade the unwanted marriage bed of an old, despised, and drunken husband for a seemingly endless series of lovers, both male and female.
For Sappho, life has always been a banquet to be savored to the fullest, a strange and sensual odyssey that has carried her to the far corners of the ancient world. Devoted to the goddess Aphrodite and granted the gift of immortal song, she has followed her magnificent destiny from Delphi to Egypt, to the land of the Amazons, the realm of the centaurs, and into the stygian depths of Hades itself, often in the company of her companion and friend, the fabulist slave Aesop.
Through every grand affair and every wild adventure, she has remained forever true to her heart, her passion, and herself, right up to this, the end of everything.
Combining evocative and realistic detail with unabashedly outrageous invention, Erica Jong’s Sappho’s Leap is a flawless gem of historical fiction boldly imagined by one of America’s most enthralling storytellers.
This ebook features an illustrated biography of Erica Jong including rare photos and never-before-seen documents from the author’s personal collection.