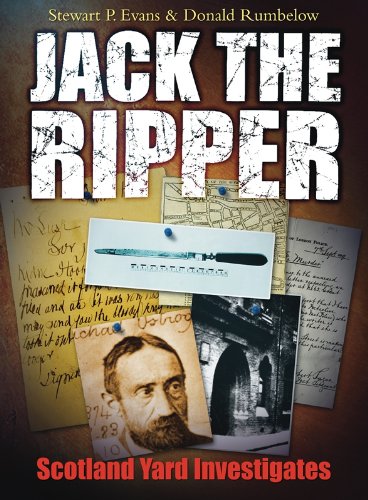 Bringing together the combined knowledge of two of the foremost experts on Jack the Ripper and the Whitechapel Murders, Jack the Ripper: Scotland Yard Investigates is the most authoritative account of the case so far. Making full use of their background as police officers, Stewart P Evans and Donald Rumbelow re-investigate every aspect of it from the point of view of the contemporary investigator. By so doing, they have been able to uncover links and clues that have remained hidden for more than a century, and to extend the investigation beyond the 'canonical' five victims. Stripping away much of the speculation, guesswork and legend that has built up since 1888, Jack the Ripper: Scotland Yard Investigates is a thorough re-investigation of one of history's greatest unsolved crimes, and is essential reading for anyone with an interest in the Ripper murders.