Showing Sticklebacks and Snow Globes by B. A. Goodjohn 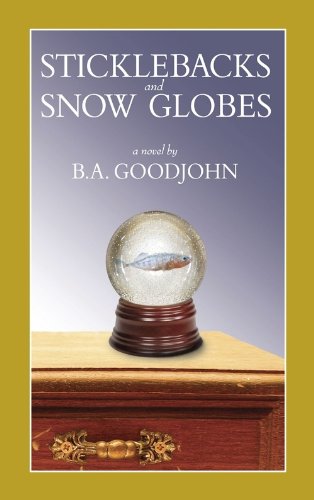 Sticklebacks and Snow Globes, by debut novelist B.A. Goodjohn, is set in a 1970s council-house estate just outside London, and captures a year in the life of Tot Thompson and the neighbourhood kids. For an eight-year-old, Tot has a lot on her mind. She has epilepsy, which she personalises by calling it "Kit-the-Fit". She never knows when "Kit-the-Fit" is going to strike; as such, she's constantly on guard. She doesn't know what to do about her fourteen-year-old sister Dorothy who has been acting strangely ever since she found herself a boyfriend. Her friend Keesal, an Indian boy, is being bullied. Another friend Stacey wants to be called David. There's a lot going on. But her biggest concern is her father, Donald, who wants to go to America to play the trumpet in his band. She wants to stop him going, so she decides to make a deal with God. She vows to catch seven sticklebacks (small scaleless fish) for seven Saturdays before sacrificing them - with a house brick - if God will stop her dad leaving. She's not your average kid. Oh, and she loves snow globes.

There are a lot of broken dreams in this novel. Tot's mother Elaine hates the fact that she lives in a council estate. She thinks she is better than that, and everyone else in the estate knows it. And then there's Gerald Damson who was a successful businessman - before he was bankrupted. Now, he too is in a place he never thought he'd be. Not to forget the neighbourhood kids. Lilly O'Flannery thinks she knows all about the adult world, how it works, and how to work with it. She is in love with Nigel, and fails to see that she is being used. He promises her fish and chips, and dinners at restaurants, but his intentions are always doubtful. Lilly's trusting naivety is heartbreaking. Dorothy has joined the Girl Guides so she can get close to handsome venture scout Chris. When she does, she hasn't counted on the consequences, and Chris quickly loses interest when times get tough.