Showing The House of Mondavi: The Rise and Fall of an American Wine Dynasty by Julia Flynn Siler 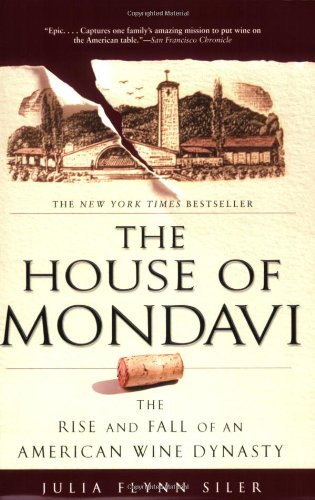 The "New York Times" bestseller, now in paperback: a scandal-plagued story of the immigrant family that built?and then lost?a global wine empire Set in California's lush Napa Valley and spanning four generations of a talented and visionary family, "The House of Mondavi" is a tale of genius, sibling rivalry, and betrayal. From 1906, when Italian immigrant Cesare Mondavi passed through Ellis Island, to the Robert Mondavi Corp.'s twenty-first-century battle over a billion-dollar fortune, award-winning journalist Julia Flynn Siler brings to life both the place and the people in this riveting family drama. A meticulously reported narrative based on more than five hundred hours of interviews, "The House of Mondavi" is a modern classic.