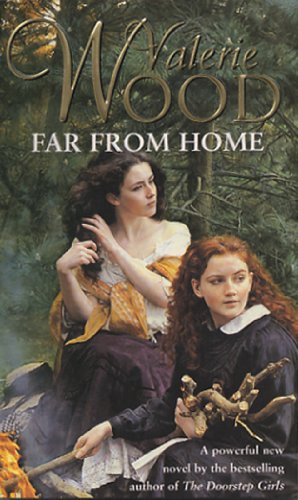 When Georgiana Gregory and her maid, Kitty, make the long sea journey from their native Hull for New York, they are expecting to begin a new life in the heady freedom of the newly-formed United States of America. Georgiana wants to escape from the confines of English life, and to savour a land of emancipation and opportunity. But in New York, she encounters a man passing himself off as her brother-in-law Edward Newmarch, a local mill-owner's son who has abandoned Georgiana's sister and fled to America. Georgiana recognises the man standing before her as Edward Newmarch's valet Robert Allen - Edward himself appears to have vanished.

But Edward, having escaped from a disastrous marriage in England, is now in further trouble with women, having agreed to marry the difficult daughter of a powerful landowner and businessman, while pursuing his beautiful wife Sofia. As Georgiana and Kitty pursue the adventures of the frontier, and Edward tries to flee his enemies, the dangers of this new country seem too much to cope with.