Showing Long May She Reign by Ellen Emerson White 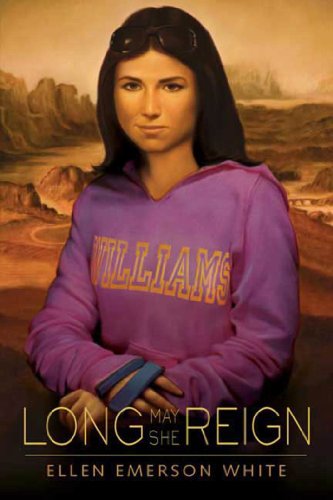 Meg Powers is the daughter of the President of the United States.  She’s about to enter her first year of college.  She’s living through the worst year of her life.
Last June Meg was kidnapped by terrorists – brutalized, starved, and left for dead. She was shackled in a deserted mine shaft and had to smash the bones in her own hand to escape.

Meg Powers survived the unthinkable, the stuff of nightmares.  Her terrorist captor is still at large.  But still she must live each day.  Ahead of her is the grueling physical therapy to heal her broken body; the challenge of leaving the safety of the White House for her freshman year at college. But harder still than the physical and social challenges ahead are her shattered sense of herself and her family.  Will she ever forgive her mother, the President, for her “can not, have not and will not negotiate with terrorists” stance – even when it came to her own daughter?
And more difficult still, can Meg forgive herself for having the strength, the intelligence and the wit to survive?

In a brilliant novel, Ellen Emerson White tells her most ambitious and intense story about a most unlikely but deeply affecting heroine.