Showing Her Only Desire by Gaelen Foley 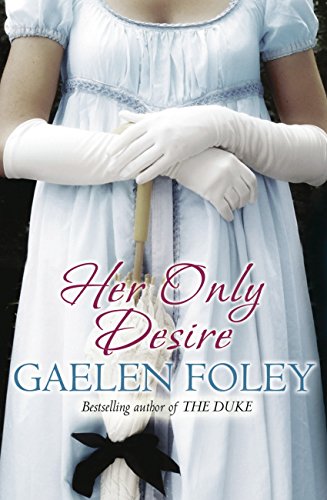 Ian Prescott, the Marquess of Griffith, is a cool-nerved British diplomatic renowned for his integrity, and famed among the British debutantes for his striking good looks. Much to their dismay, the handsome marquess has no use or love. He conceals a dark secret surrounding his disastrous first marriage and the death of his wife and has vowed never to marry again. On a diplomatic trip to India, Ian is asked to watch over the daughter of an old family friend, Miss Georgiana Knight. He is instantly intrigued by Georgiana's striking beauty that conceals a sharp mind and a shocking independence. A ruling belle of local society in India, Georgiana is out of her element in London and yet she's determined to conquer the ton on her own, refusing Ian's protection every step of the way. Ian is infuriated by Georgie's wilful defiance, as much as he is captivated by her natural charms