Showing Pilgrimages: The Great Adventure of the Middle Ages by John Ure 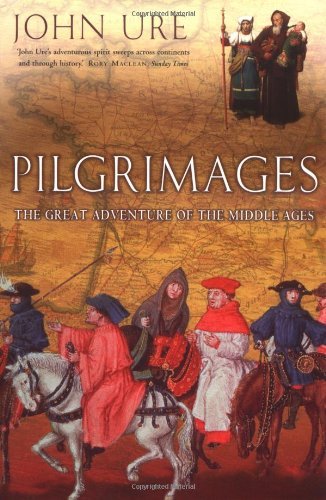 From his starting-point of travel and adventure, using contemporary accounts, former British Ambassador Sir John Ure relates the stories of medieval Christian pilgrimage during the 500 years of its peak between 1066 and 1536. Through the often forgotten records of Erasmus, John of Gaunt, and Margery Kempe among others, the author brings to life a colorful cast of characters.

Also embracing military expeditions described as religious journeys, Ure recounts tales of armed ventures such as the Albigensian Crusade and the Pilgrimage of Grace. Pilgrimages considers these journeys as literary and allegorical manifestations via Sir John Mandeville and John Bunyan. Ultimately, Ure uses his practiced skills as a travel writer to give vignettes of these pilgrim routes today, some accessible and popular, others as remote and haunting as in medieval times.