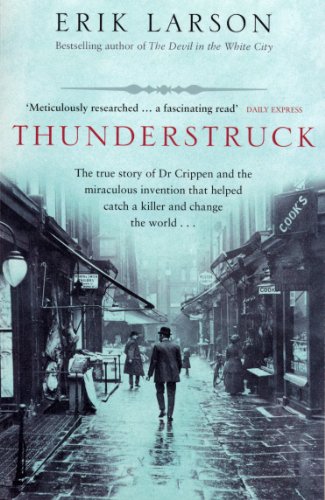 In 1910, Edwardian England was scandalized by a murder. It seems mild-mannered American Hawley Crippen had killed his wife, buried her remains in the cellar of their North London home and then gone on the run with his young mistress, his secretary Ethel Le Neve. A Scotland Yard inspector, already famous for his part in the Ripper investigation, discovered the murder and launched an international hunt for Crippen that climaxed in a trans-Atlantic chase between two ocean liners. The chase itself was novel, but what captured the imagination was the role played by a new and little understood technology: the wireless. Thanks to its inventor Marconi's obsessive fight to perfect his machine, the world was able to learn of events occurring in the middle of the Atlantic as they unfolded - something previously unthinkable.

Commentators of the time all agreed that if not for Marconi, Crippen would have escaped. But Marconi had struggled to gain acceptance for his invention (some viewed it as a supernatural device, while distrust of foreigners remained prevalent in England and America). It was the Crippen case that helped convince the world of the potential of Marconi's miracle technology, so accelerating the revolution that eventually produced the modern means of communication we take for granted today.

With its cast of captivating characters, Thunderstruck is Erik Larson doing what he does brilliantly well: bringing together seemingly disparate yet inextricably linked lives to paint a fascinating and exciting portrait of an extraordinary age of cultural, social and technological change while evoking the darker side of human nature.