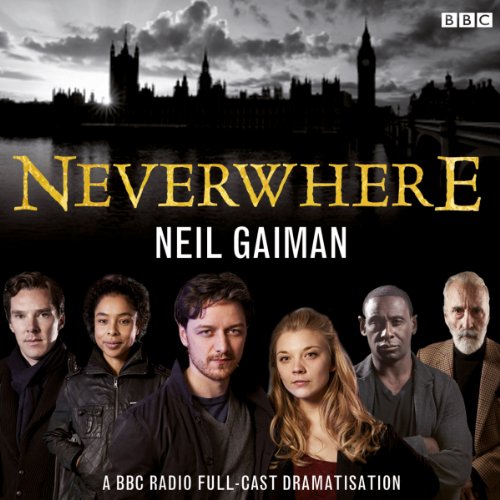 Beneath the streets of London there is another London. A subterranean labyrinth of sewers and abandoned tube stations. A somewhere that is Neverwhere....

An act of kindness sees Richard Mayhew catapulted from his ordinary life into the strange world of London Below. There he meets the Earl of Earl's Court, faces a life-threatening ordeal at the hands of the Black Friars, comes face to face with the Great Beast of London, and encounters an Angel called Islington.

Contains over 25 minutes of additional unbroadcast material, including extended scenes, bloopers and outtakes.