Showing Don't Leave Me This Way by Joan Smith 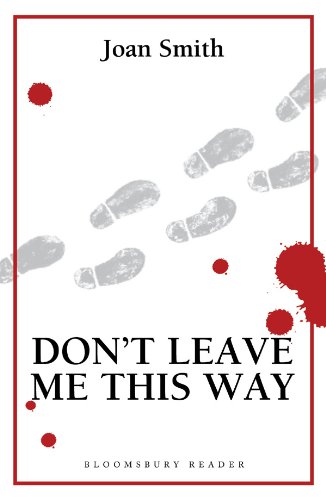 Loretta Lawson is not overjoyed when an old acquaintance, Sandra, turns up knocking on Loretta's doorstep on Christmas Eve. After a week of wrecking havock on Loretta's content, quiet life, Sandra suddenly disappears.

Loretta's relief turns to suspicion when she finds out that Sandra died in a mysterious car crash. As Loretta investigates further, she finds herself dragged into Sandra's messy life and death.

The BBC adaptation of Don't Leave Me This Way stars Imelda Staunton and Bill Nighy.

'Don't Leave Me This Way is the third clever mystery by Joan Smith...a nicely crafted novel with a decidedly feminist twist.' - The Globe and Mail