Showing Upstairs at the White House;: My life with the First Ladies, by J. B. West 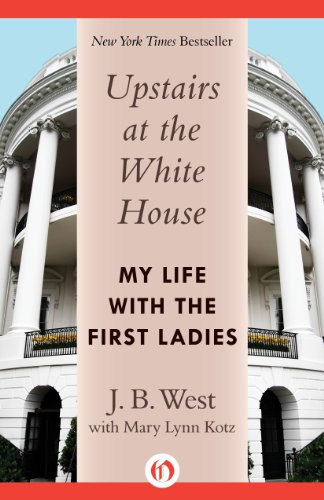 A New York Times bestseller: A fascinating behind-the-scenes look at life on Pennsylvania Avenue with America’s first families, by the man who spent nearly three decades in their midst
J. B. West, chief usher of the White House, directed the operations and maintenance of 1600 Pennsylvania Avenue—and coordinated its daily life—at the request of the president and his family. He directed state functions; planned parties, weddings and funerals, gardens and playgrounds, and extensive renovations; and with a large staff, supervised every activity in the presidential home. For twenty-eight years, first as assistant to the chief usher, then as chief usher, he witnessed national crises and triumphs, and interacted daily with six consecutive presidents and first ladies, their parents, children and grandchildren, and houseguests—including friends, relatives, and heads of state.
In Upstairs at the White House, West offers an absorbing and novel glimpse at America’s first families, from the Roosevelts to the Kennedys andthe Nixons. Alive with anecdotes ranging from the quotidian (Lyndon B. Johnson’s showerheads) to the tragic (the aftermath of John F. Kennedy’s assassination), West’s book is an enlightening and rich account of the American history that took place just behind the Palladian doors of the North Portico.