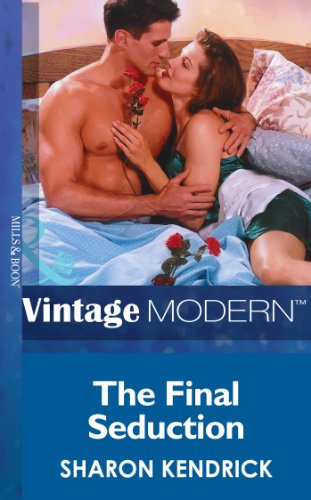 When Shelley went to Italy, Drew Glover was convinced that she wasn't going for work, but for her rich boss— and his money!

Three years later Drew still hasn't changed his mind. Though attraction still sizzles between them, Shelley keeps her love for Drew a secret. When she finally reveals her feelings he is convinced that it's merely because she's discovered his own newfound wealth.

Drew decides that if he can't have Shelley's love, then he can leave her with a night she'll never forget— but that "final" seduction changes their lives forever!