Showing Mona Lisa: The History of the World's Most Famous Painting by Donald Sassoon 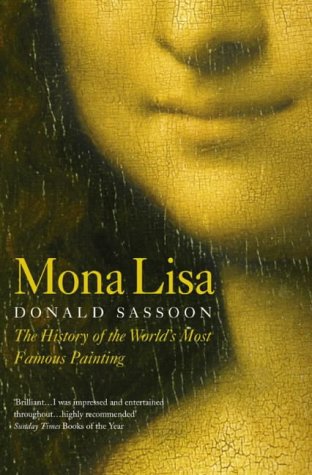 If you ever wanted to know the secret behind the enigmatic smile of Leonardo's Mona Lisa, then Donald Sassoon's splendid Mona Lisa: The History of the World's Most Famous Painting is the book to read. Sassoon begins with a simple but daunting question: "Why is the Mona Lisa the best-known painting in the entire world?" What follows is a tour de force of wonderfully readable historical scholarship that begins with the creation of the painting in 1503 and ends with Mona Lisa going global in the 21st century on 93,800 pages of the internet.

Sassoon begins with the controversy around the commissioning and creation of Leonardo's "revolutionary painting", which "was regarded as a masterpiece by many of Leonardo's own contemporaries" for its innovative pose and "sfumato" (or "smoky") style of painting which created "that smile". However, he goes on to explain that, prior to the 19th century, the painting was not treated with anything like the iconic reverence it receives today. With great style and humour he explores how romantic aesthetes such as Walter Pater, Theophile Gautier and Oscar Wilde managed "to transform Mona Lisa into a dangerous woman", a "femme fatale" of her time. The painting's reputation was further enhanced by its theft from the Louvre in 1911 by an Italian decorator who chose the Mona Lisa for no other reason than "it was much smaller and could be hidden under his coat" than larger paintings nearby. Sassoon also chronicles Marcel Duchamp's famous parody of the painting, and the infatuation with the painting that united everyone from Sigmund Freud to President John F Kennedy. In Mona Lisa Donald Sassoon has written the definitive book on Leonardo's enigmatic painting. Written with admirable style and wit, the book is a classic that will make everyone look afresh at "the best-known painting in the world". --Jerry Brotton