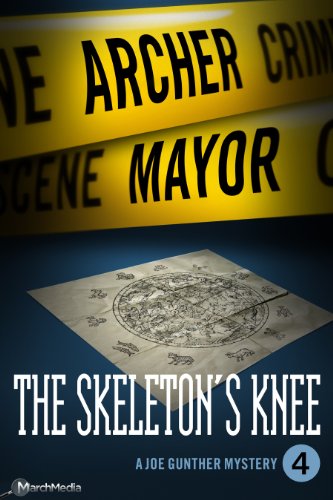 When a reclusive market gardener's death proves to stem from a 20 year-old bullet wound, Lt. Joe Gunther is presented with a very cold homicide to solve. But who was the victim exactly? A deeply private man eking out an ascetic existence from a hardscrabble mountain field, Abraham Fuller was virtually unknown to his neighbors, in the manner of someone pursuing more than mere solitude. The discovery of a duffle of unmarked bills and a body buried in the garden patch suggests that Fuller had motives beyond misanthropy. Nor is it such a cold case either, as someone seems willing to kill to ensure that old secrets remain buried.

The fourth Joe Gunther mystery, The Skeleton's Knee sends Lt. Gunther on an investigation spanning thousands of miles and reaching back decades, to solve a crime whose deepest roots seem to lie in Chicago's troubled summer of 1968. It's easy to see why the New York Times bestselling Mayor has been described as producing "the best police-procedural series being written in America."