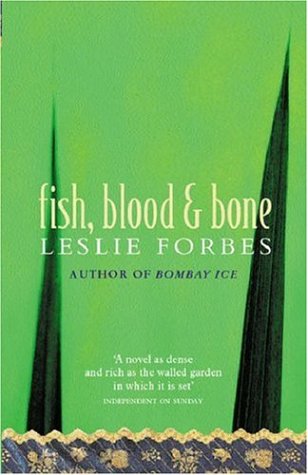 Claire, the charming, amoral heroine of Leslie Forbes's second novel Fish, Blood and Bone wants to be left alone to help cultivate the large East End garden left to her by a distant relative. Her new best friend, gardener Sally, is suddenly murdered and Claire's interest in why has little to do with the man who actually did the job, more to do with complicated family pasts, the exploration of the Himalayas and rare medicinal plants. Aware that singling out a young thug in an identity parade puts her at risk, Claire traipses off on an expedition to remote Tibetan valleys with her disreputable cousin James and the beautiful one-handed Nick. Her journey takes her at the same time back into the Victorian past, into the journals of a woman ancestor whose steps she is retracing... Leslie Forbes is as fond of mystification as she is of mysteries, yet everything makes a sort of sense in the end. This is an intelligent thriller that stretches the formulae of psychological study, family romance and adventure thriller about as far as any of them can go and leaves us with a sense of its heroine as someone we know better than she might like. --Roz Kaveney