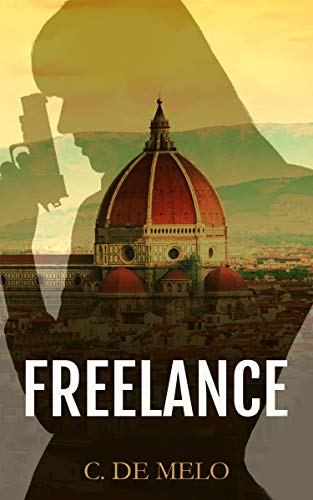 CIA meets MAFIA in this gritty romance...Ex-CIA agent, Alexa Richards, attempts to outrun her painful past by returning to the only place where she has ever experienced real happiness: Florence, Italy. Fond memories of traveling through Tuscany with her late grandmother dissolve in the face of a local Mafioso's unexpected offer. Working as a freelance assassin for the Cosa Nostra pays much better than the US government, but comes with an unanticipated risk: Machiavelli. The family's mysterious negotiator makes her heart beat faster whenever he is near. She is far too embittered to entertain the possibility of a relationship with anyone, much less another monster like herself.

Alexa murders her deserving targets with cool precision while simultaneously partaking of the local Italian dolce vita. The hardened killer's rough edges gradually melt, endowing her with the courage to face her demons and adopt a new perspective on life. The transformation is going well until an alarming discovery hurls her into a frenzy of suspicion and self-doubt. Now, she must decide whether or not to take the biggest risk of her life.