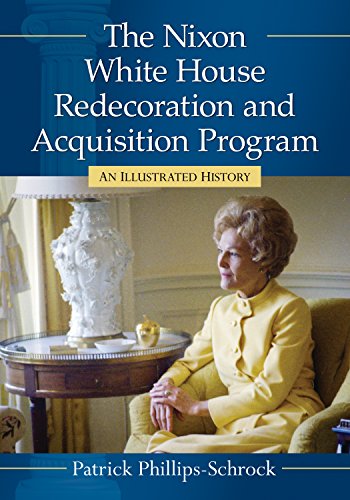 A positive legacy of the troubled Nixon administration—and one virtually unknown to the American public—is the extensive acquisition of valuable art and antiques for the White House and the redecoration of the executive mansion by Pat Nixon. With the help of an aggressive curator, Clement Conger, and a talented interior designer, Edward Vason Jones, the First Lady quietly erased much of the historic décor of Jacqueline Kennedy’s Camelot and introduced an academic look to the State Rooms which endures to this day.
Nixon marked his presidential territory with a complete renovation of the West Wing—a harbinger of the First Lady’s plans. They implemented a massive fundraising campaign to bankroll the refurbishment, which resulted in one of the foremost collections of art, art objects, furniture, paintings and sculpture in America. This book presents the never before told story of the Nixons’ remodeling of the White House, motivated by the approaching American Bicentennial and a desire to restore respect to the presidency through the arts.