Showing The Conspiracy by David Llewellyn 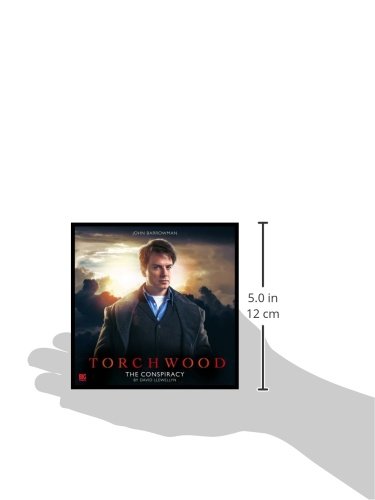 The hit BBC series is back! Big Finish bring immortal Time Agent Captain Jack Harkness back to life for the first in a series of six new audio dramas...Captain Jack Harkness has always had his suspicions about the Committee. And now Wilson is also talking about the Committee. Apparently the world really is under the control of alien lizards. That's what Wilson says. People have died, disasters have been staged, the suspicious have disappeared. It's outrageous. Only Jack knows that Wilson is right. The Committee has arrived. The huge, and long-running public interest in new Torchwood adventures resulted in a server melt-down when this release was announced by star John Barrowman on his Sunday night radio slot. John Barrowman reprises the character who starred in four years of hit Doctor Who spin-off Torchwood, screened around the world. John Sessions is one of British TV's most popular and erudite actors, from guest spots on QI to roles in Mr Holmes, Marple, John Sessions' Tall Tales and one of the main voices on Spitting Image. This is the first of six releases in this range, with the rest coming from Jan to May 2016. CAST: John Barrowman (Captain Jack Harkness), John Sessions (Wilson), Sarah Ovens (Kate), Dan Bottomley (Sam). Torchwood contains adult material and may not be suitable for younger listeners.