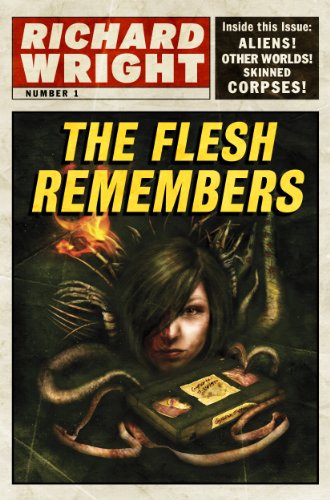 What the soul would forget, the flesh remembers.

When hack reporter Dexter Lomax investigates a series of mysterious craters forming across Northeast England, he expects to convert a well-planned hoax into international news for the weak-minded.

What he doesn’t expect is for suicidal beggars to thrust weirdly compelling video tapes into his hands, to be targeted by two opposing groups with deadly agendas, or to be in the centre of a horror that begins with the discovery of dozens of skinned corpses on the Town Moor and ends in places beyond the reach of his imagination.

Drawn on by his lethal curiosity, Dex is forced to journey further than even he had imagined possible, in pursuit of a story he might never dare write…

“When a tale has the momentum that this one does, you don’t want anything pulling you out of the story. If you’re a fan of good, old fashioned, creepy Lovecraftian horror (with just a tad of X-Files style sci-fi) you can’t go wrong with The Flesh Remembers.” – The Reader Reviews