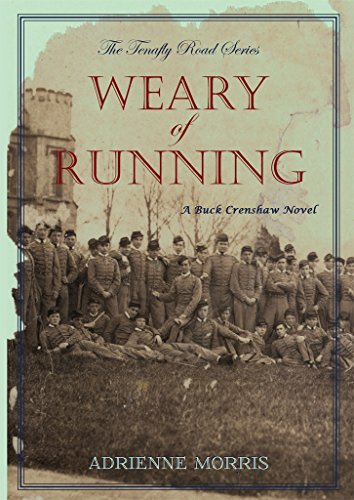 When West Point Military Academy opens its doors to black candidate Milford Streeter in 1884, Cadet Buck Crenshaw’s moral ambivalence is tested. Will Buck keep his place in the yearling pecking order or throw it away on a stand for Streeter?

After Cadet Streeter sacrifices Buck’s reputation to safeguard his own, Buck escapes to his sister Thankful at Fort Grant, Arizona and meets an old rival, William Weldon. Buck must make a decision about the sort of man he wants to become while witnessing the downward spiral of his favorite sister’s romance with a dashing army lieutenant.

Weary of Running is a family saga novel about the dangers of moral ambivalence and the redeeming power of love and friendship in an imperfect world of mixed emotions and foolish decisions.