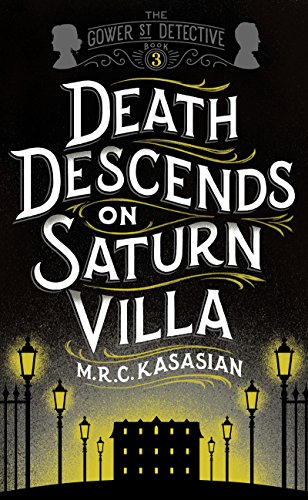 Sidney Grice is London's foremost personal detective. Called away to Yorkshire, he leaves his ward, March Middleton, to run his house. But hearth and home hold little charm for March, who harbours dreams of becoming London's foremost, and first, lady detective.

So, when a mysterious letter arrives from her long-lost uncle, she accepts his invitation to stay at the palatial Saturn Villa. Her new Uncle Tolly is sweet, eccentric and – come the morning – very, very dead. But March is not called upon to solve the case, instead she's in the frame for murder.

The Curse of the House of Foskett.