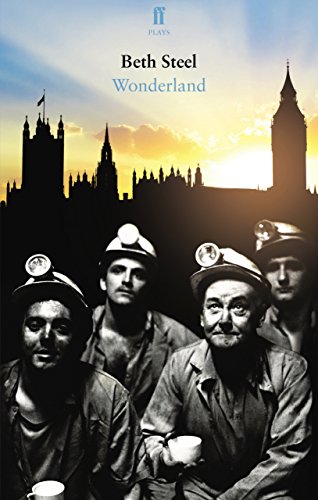 The Midlands, 1984. Two young lads are about to learn what it is to be a miner, to be accepted into the close camaraderie and initiated into a unique workplace where sweat, toil, collapsing roofs and explosions are all to be met with bawdy humour.

London, 1984. A conflicted Tory MP, a brash American CEO and an eccentric maverick are the face of a radical Conservative government preparing to do battle with the most powerful workforce, the miners.

As the two sides clash, the miners fight for their livelihoods and families, and the government for its vision of a free Britain. Together they change the fabric of the nation forever.

Wonderland by Beth Steel premiered at the Hampstead Theatre, London, in June 2014.