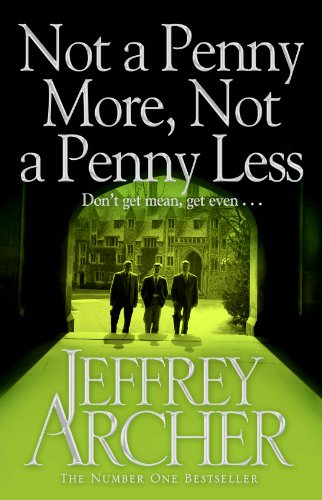 One million dollars - that's what Harvey Metcalfe, lifelong king of shady deals, has pulled off with empty promises of an oil bonanza and instant riches. Overnight, four men - the heir to an earldom, a Harley Street doctor, a Bond Street art dealer and an Oxford don - find themselves penniless. But this time Harvey has swindled the wrong men. They band together and shadow him from the casinos of Monte Carlo to the high-stakes windows at Ascot and the hallowed lawns of Oxford.Their plan is simple: to sting the crook for axactly what they lost. To the penny. 'Marvellously plotted, with just the right amounts of romance, wit and savoir-faire' PUBLISHERS WEEKLY