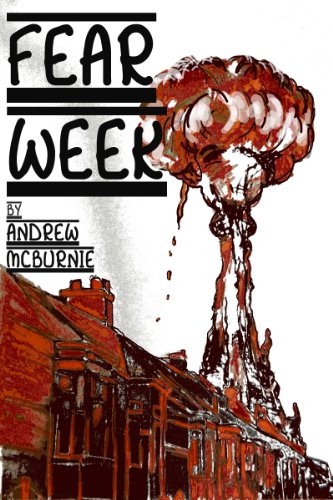 Kids: Have you realised your parents are insane yet? Teenager Adrian Thorby is about to experience a week of embarrassing and comic incidents. He's scared: it's 1962, the week of the Cuban missile crisis, and nuclear war menaces the world. Adrian is a science-fiction fan who fears he won't live to see a futuristic world of space travel and robots. And he will never have a girlfriend.
The seven days of “Fear Week” narrate Adrian’s exploits, blunders and embarrassments during the nuclear crisis, and his yearnings for the girl of his dreams.
Adrian lives in Hull, a northeastern English city still half-flattened by WW2 bombing. Shattered ruins are everywhere. He expects that with the country’s experience of heavy bombing during the last war, there will be quick preparation of shelters, emergency medical services and even temporary housing out in the countryside. But nobody does anything. Everyone continues life as normal. Adrian begins to wonder if the grownups are all insane.