Showing Demons Walk Among Us by Jonathan Hicks 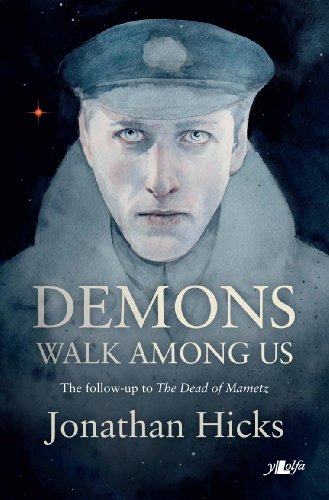 Fresh from the horrors of the Great War on the Western Front, military policeman Thomas Oscendale is enjoying leave in his south Wales hometown when he is drawn into the investigation of the savage murder of a war widow.
A cryptic note at the scene sets Oscendale on a hunt to find the killer before he strikes again. However, the trail is more complicated than he first realises and when a second body is found Oscendale must use all his skill to solve the riddles sent to him by the killer.
This multi-layered novel also explores the devastating effects of mechanised warfare on the human mind. Oscendale's descent, both figuratively and literally, into hell and his subsequent re-emergence echoes the struggle we all have in reconciling the ghosts of the past with our future lives.
Demons Walk Among Us is the second novel featuring military policeman Thomas Oscendale and is the sequel to The Dead of Mametz.