Showing No Mercy: True Stories of Disaster, Survival and Brutality by Eleanor Learmonth 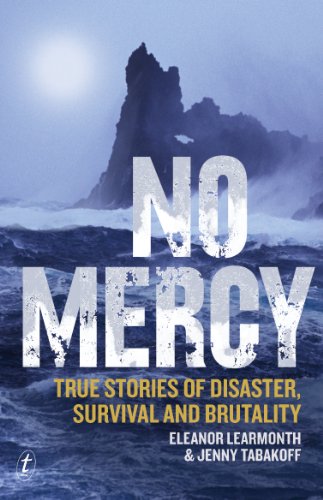 Disaster strikes. A ship goes down, a plane crashes, a party of travellers is cut off.

But when the panic and confusion subside and the dead are counted, the survivors must find a way to keep surviving. And in desperation, unconstrained by law or conventional authority, the tactics they resort to can be both horrifying and ultimately self-destructive.

Learmonth and Tabakoff outline the physical and neurological changes that typically affect the victims of disaster. Then, using true stories from history as case studies, they investigate the scenario famously imagined by William Golding in Lord of the Flies and borne out by the extraordinary Robbers Cave experiments of the 1950s. As this fascinating book unfolds the awful truth becomes clear. In extremity, humans are capable of a descent into murderous savagery so swift and complete it could take your breath away.

Eleanor Learmonth has worked as a teacher and freelance journalist in Japan and Australia. She has a reputation as a magnet for natural disasters. Jenny Tabakoff has been a senior journalist in Australia and Britain for The Times, the Sydney Morning Herald and AAP. She is the co-author of Australian Style. Eleanor and Jenny live in Sydney with their husbands and children. They met at the school gate.

Succinct yet considered, accessible yet authoritative, Learmonth and Tabakoff strike a happy balance between scholarliness and readability throughout...cogent presentation of some truly harrowing subject matter, which less responsible hands might have milked for vulgar sensationalism.' Bookseller and Publisher