Showing Guests on Earth: A Novel by Lee Smith 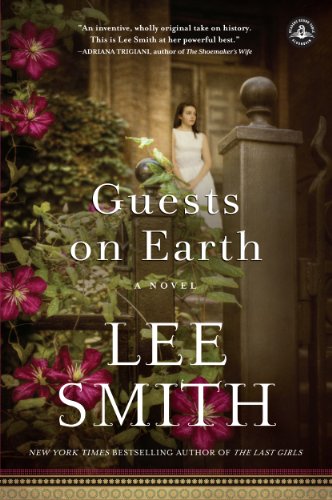 “Reading Lee Smith ranks among the great pleasures of American fiction . . . Gives evidence again of the  grace and insight that distinguish her work.” —Robert Stone, author of Death of the Black-Haired Girl

It’s 1936 when orphaned thirteen-year-old Evalina Toussaint is admitted to Highland Hospital, a mental institution in Asheville, North Carolina, known for its innovative treatments for nervous disorders and addictions. Taken under the wing of the hospital’s most notable patient, Zelda Fitzgerald, Evalina witnesses cascading events that lead up to the tragic fire of 1948 that killed nine women in a locked ward, Zelda among them. Author Lee Smith has created, through a seamless blending of fiction and fact, a mesmerizing novel about a world apart--in which art and madness are luminously intertwined.