Showing I, Walter by Mike Hartner 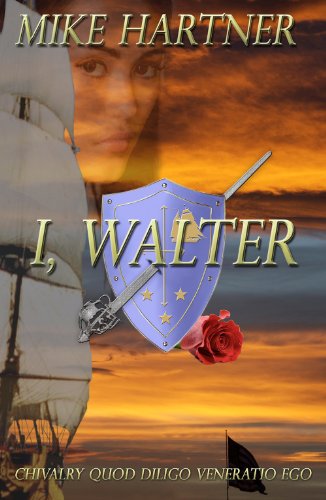 A ship at sea. A heart held captive. Can one man really change his fate?

Young Walter Crofter is desperate to escape his working-class family and its bleak future. After sneaking off and joining the Merchant Marines, Walter sets sail for a new adventure -- and a new destiny. He faces challenges both at sea and on land. There are pirates to fend off, trade routes to establish, and lives to change.

When he meets Maria, a girl being held captive on a defeated pirate ship, he brings her aboard in an act of good will. But Walter soon discovers there may be more to his new relationship than he’d ever guessed. Can he prove himself worthy of the captive girl who holds his heart hostage?

I, Walter is the first installment of the Eternity Series, a seafaring saga appropriate for teens and adults. If you like rich historical fiction, breath-taking adventure, and clean romance that makes you yearn for a happy ending, then you’ll love Mike Hartner’s standalone series starter.

Buy I, Walter to start the voyage today!