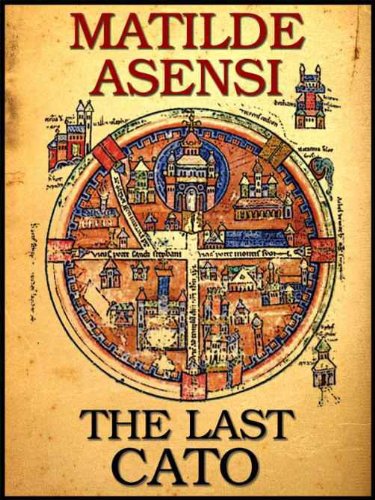 
3,000,000 copies sold worldwide by the so called ‘Queen of the Spanish Adventure Fiction’ and one of the top writers in the Spanish language.


Holy relics are disappearing from sacred spots around the world, and the Vatican will do whatever it takes to stop enterprising thieves from stealing what is left of the scattered and miniscule splinters of the True Cross the Catholic Church has in its possession.


Dr. Ottavia Salina, a brilliant paleographer, toils at her classified workspace deep within Vatican City, analyzing and restoring some of the world’s most valuable religious artifacts until she is called upon by the highest levels of the Roman Catholic Church and commissioned with a mysterious new assignment: she is to decipher the strange tattoos — seven Greek letters and seven crosses — found on an Ethiopian man’s corpse. Next to what was left of the body were three pieces of wood—suspected by Vatican scholars to be fragments of the Vera Cruz, actual splinters from the Cross on which Christ was crucified.


With the help of the captain of the Pope’s infamous Swiss Guard and a renown archaeologist from Alexandria, Dr. Salina is able to uncover a shocking truth: for hundreds of years, a secret brotherhood which refers to itself as the Staurofilakes, and headed by a mysterious figure called Cato, has been hiding the True Cross and means to gather all remaining fragments for themselves. The markings on the Ethiopian corpse, they soon discover, correspond with each of the Seven Deadly Sins, and are part of the complicated, possibly deadly, initiation ritual used to deem candidates worthy of membership into the brotherhood. Seven proofs based in Dante Alighieri’s The Divine Comedy.

"The Last Cato is one of the greatest Spanish adventure novels. It confirms the good health of this genre in Spain with novels that are well constructed, documented and narrated. It served as a lighthouse for many readers that had as only reference of that genre the works of Reverte."
Javier Sierra, author of the New York Times Bestseller The Secret Supper


"Matilde Asensi's The Last Cato is a riveting journey into a past shrouded in mystery and literary allegory. It will do for Dante what Dan Brown did for Da Vince: Unlock riddles of our past hidden in treasures of art. A thriller to open the eyes and stir the heart."
James Rollins, bestselling author of Map of Bones and Amazonia.


"Lift the cover of Matilde Asensi's The Last Cato and you’ll be opening a treasure box filled with biblical mystery, world-travel, relic-hunts, secret societies, and deadly traps. Delicious, wide-ranging, erudite, The Last Cato does not only take adventure as its subject, but also enigmas of the Church, and history itself."
Ysta Maya Murray, author of The Conquest and The Queen of Jade