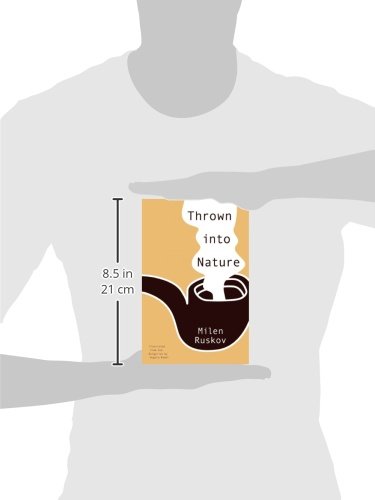 A humorous picaresque set in sixteenth-century Spain, Thrown into Nature tells the story of Dr. Nicols Monardes, whose medical treatise Of the Tabaco and His Great Vertues was partially responsible for introducing tobacco to Europe. His Portuguese assistant, Da Silva, narrates the absurd adventures of the wealthy and influential Dr. Monardes, who steadfastly believed that tobaccowhether the leaves were made into a poultice, the smoke was piped into the anus, or through some other bizarre applicationwas an infallible cure for every physical, and mental, ailment known to man. He even uses clouds of cigarella smoke to chase a poltergeist from a church. A blackly hilarious novel that hides its pessimistic reflections on the power of money, the evils of charlatanism, and the gullibility of humanity behind the comic observations and adventures of the always striving and forever bumbling Da Silva, Milen Ruskovs Thrown into Nature is a comic tour de force.