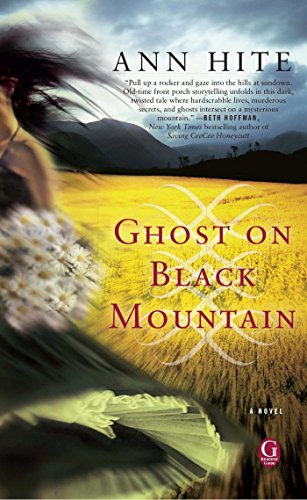 ONCE A PERSON LEAVES THE MOUNTAIN, THEY NEVER COME BACK, NOT REALLY. THEY’RE LOST FOREVER.

Nellie Clay married Hobbs Pritchard without even noticing he was a spell conjured into a man, a walking, talking ghost story. But her mama knew. She saw it in her tea leaves: death. Folks told Nellie to get off the mountain while she could, to go back home before it was too late. Hobbs wasn’t nothing but trouble. He’d even killed a man. No telling what else. That mountain was haunted, and soon enough, Nellie would feel it too. One way or another, Hobbs would get what was coming to him. The ghosts would see to that. . . .

Told in the stunning voices of five women whose lives are inextricably bound when a murder takes place in rural Depression-era North Carolina, Ann Hite’s unforgettable debut spans generations and conjures the best of Southern folk-lore—mystery, spirits, hoodoo, and the incomparable beauty of the Appalachian landscape.