Showing Duty With Honour: The Story of A Young Canadian In Bomber Command in The Second World War by Elizabeth A. Reynolds 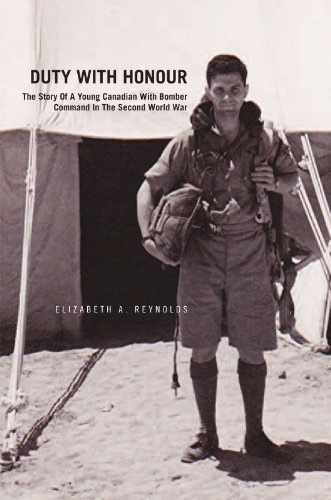 "The role of Bomber Command in World War II has been hotly debated over the years. Whatever one may think about the effectiveness and morality of the overall strategy, it is difficult to question the commitment of the individual airmen. Bomber Command suffered the greatest loss per capita of all the Allied forces, experiencing a 63 per cent casualty rate. At one point during the war a navigator could expect to survive fewer than 12 bombing operations.
Duty With Honour is the story of one young navigator who served in the Royal Canadian Air Force, from 1940-1945. Flight Lieutenant Lindsay Reynolds completed a tour of operations in the Middle East and returned home in 1943 to instruct in the British Commonwealth Air Training Plan in Canada. This is the story of the impact of his experiences in a time of war, on the life he lived when World War II was over. It is a story of one mans commitment to duty with honour.
"