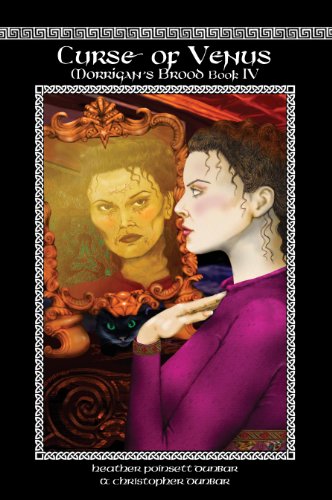 From the authors of Morrigan's Brood, Crone of War, Madness &
Reckoning, and Dark Alliance comes the continuation of the Morrigan's
Brood Series.
The Strigoi, the Cursed of Venus, have spread through the Holy Roman
Empire, and parts beyond, like a plague. In response, Pope Leo III
takes advantage of the scourge to settle an old score with the man he
placed on the throne: Charlemagne. The pope leads the papal army into
the heart of the empire and demands sovereignty over what he believes is
a papal matter.
Charlemagne disagrees, and soon papal and imperial forces stand
face-to-face across the field of battle. Will their bitter rivalry send
the Empire further into chaos and destruction, or will their Deargh Du
"angels" save them from themselves and from Venus' Cursed?
Continue the journey... the fourth in a series of stories revolving
around the Deargh Du through the ages.