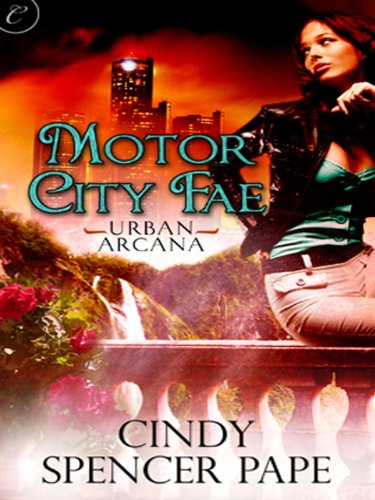 Detroit artist Meagan Kelly has had a strong sixth sense all her life, but that doesn't mean the gorgeous stranger's crazy story—that she's a half-elf, half human heiress—is true. But Meagan can't deny the evidence of her own eyes—he's Fae. A tall, blond, handsome, pointy-eared elf—and a man she just can't get enough of.

Ric Thornhill's assignment just got a lot more complicated. The more time he spends with Meagan, the harder it is to see her as a political tool to prevent an all-out war between humans and Fae.

Now Meagan's in a race to master her newly released powers in time to prevent the conflict, convince a jealous Queen not to strip Ric of his powers, and find out if she can build a life that straddles two worlds.

Book I of Urban Arcana