Showing The God of the Hive by Laurie R. King 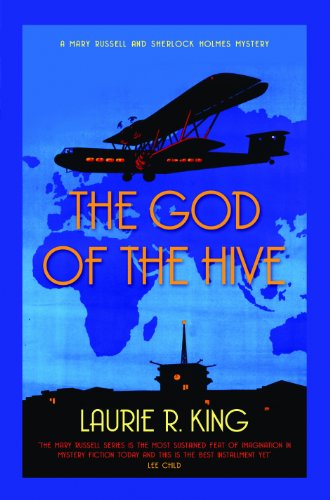 It began as a problem in one of Holmes' beloved beehives, led to a murderous cult, and ended - or so they'd hoped - with a daring escape from a sacrificial altar. Instead, Mary Russell and her husband, Sherlock Holmes, have stirred the wrath and the limitless resources of those they've thwarted. Now they are separated and on the run, wanted by the police, and pursued across the Continent by a ruthless enemy with powerful connections. Unstoppable together, Russell and Holmes will have to survive this time apart, maintaining tenuous contact only by means of coded messages and cryptic notes. With Holmes' young granddaughter in her safekeeping, Russell will have to call on instincts she didn't know she had. But has the couple already made a fatal mistake by separating, making themselves easier targets for the shadowy government agents sent to silence them? From hidden rooms in London shops and rustic forest cabins to rickety planes over Scotland and boats on the frozen North Sea, Russell and Holmes work their way back to each other in the most complex, shocking, and deeply personal case of their career.