Showing The Conqueror by Tony Roberts 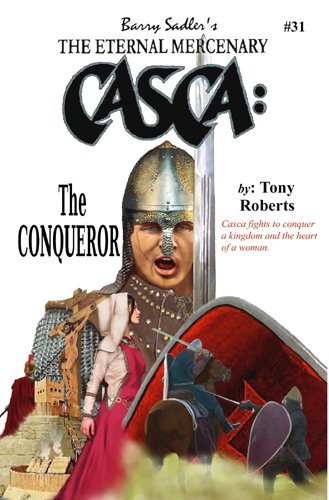 Casca rises from the dead after his Normandy farm is senselessly burned, and the hunt for those responsible takes him to Caen where Duke William is gathering a mighty army to invade Saxon England. His quest to get even is distracted by a beautiful woman, and Casca is torn between winning her heart or going after a ruthless member of the Norman army. Casca follows both to England where the future of the kingdom will be decided on the battlefield and he will have the chance to gain honor, prestige and a title in order to win the woman for himself. But winning on the battlefield doesn't mean his quest is over. Only when the man he seeks lies broken at his feet will he finally achieve his aim.