Showing The Pastures of Heaven by John Steinbeck 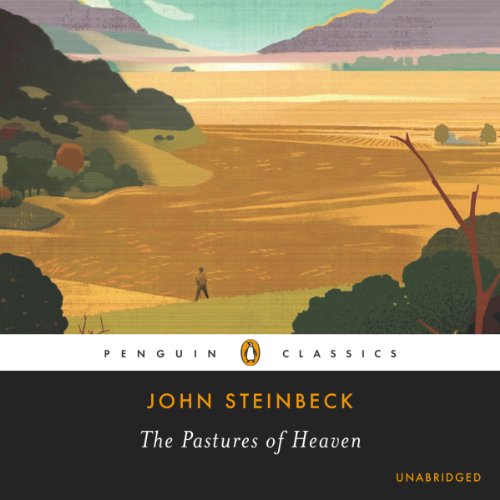 Today, nearly 40 years after his death, Nobel Prize winner John Steinbeck remains one of America's greatest writers and cultural figures. We have begun publishing his many works for the first time as Penguin Classics. This season we continue with the seven spectacular and influential books East of Eden, Cannery Row, In Dubious Battle, The Long Valley, The Moon Is Down, The Pastures of Heaven, and Tortilla Flat. Penguin Classics is proud to present these seminal works to a new generation of listeners and to the many who revisit them again and again.