Showing The Bucktails: Perils on the Peninsula by William P. Robertson 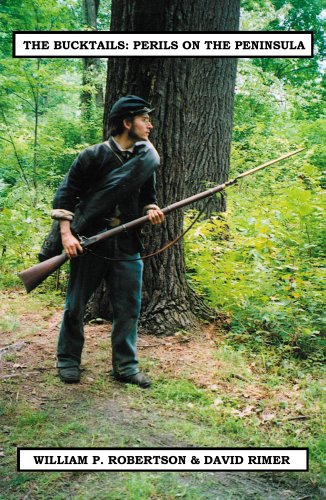 Joe Keener was a carefree private more suited to brawling in taverns than fighting the Rebels. He doesn’t learn the true meaning of responsibility and esprit de corps until he befriends the boy soldier, Jack Swift, during the grueling Peninsula Campaign. After Joe and his young pal barely escape capture near Mechanicsville, Virginia, they fight four desperate battles in six days as the Union Army evacuates to the James River. Perils on the Peninsula celebrates the courage and humanity of these Bucktail skirmishers as they struggle to survive the brutality of the American Civil War.