Showing The Lady in the Tower: Anne Boleyn by Alison Weir 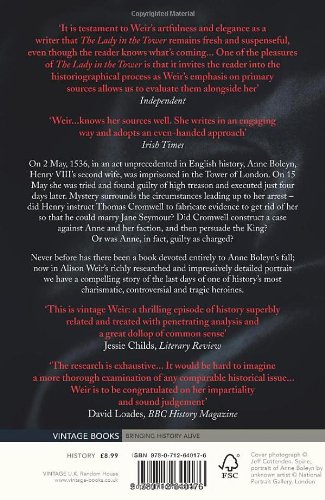 Anne Boleyn, Henry VIII's second wife, was imprisoned in the Tower of London on 2 May 1536, and tried and found guilty of high treason on 15 May. Her supposed crimes included adultery with five men, one her own brother, and plotting the King's death. She was executed on 19 May 1536. This title tells the story of Anne's fall.